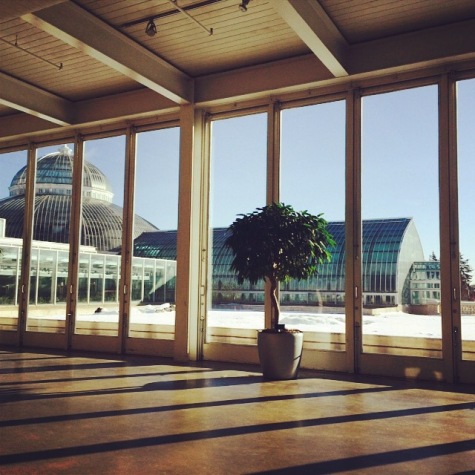 As far as principles of design go, I have to say I am a big fan of repetition. Defined as repeating visual elements, exactly or with a slight variation, repetition works for various types of composition: in composing photographs, 2-d /3- form, organizing presentations, and in environmental design.

In the last post, I talked about the rule of three and there is a related component having to do with the use of repetition. That is: when composing, using the principle of repetition, its said that using odd numbers of objects/forms/elements rather than even numbers creates a sense of repetition that creates a more pleasing composition (perhaps creating rhythm).

Three columns in a presentation grid (see previous post), three vases on a shelf, three trees in a garden; these are options for creating successful visual compositions. Someone I worked with would say that here of anything could be an accident but five was an intentional design decision. I don’t know that I see that five is always better than three but I do know that employing an odd number of items has consistently worked for me.